Born on December 4, 1990 in the village of Zovuni, Kotayk region of Armenia.

Graduated from high school in 2007 and entered the law faculty of Yerevan State University the same year.

In 2008, began active social activities, participating in a number of local and international programs, festivals, representing culture, religion, language, history, national traditions of the Yezidis, etc. Author of a number of initiatives.

From May 12, 2010 to 2021, editor-in-chief of the “Ezdikhana” newspaper (the first Yezidi newspaper in the world, published since 1990, at that time its called Dengê Êzdîa ” – Voice of the Yezidis, founder: Azize Amar Tamoyan)

On June 28, 2011, took office as First Deputy President of the Yezidi National Union. 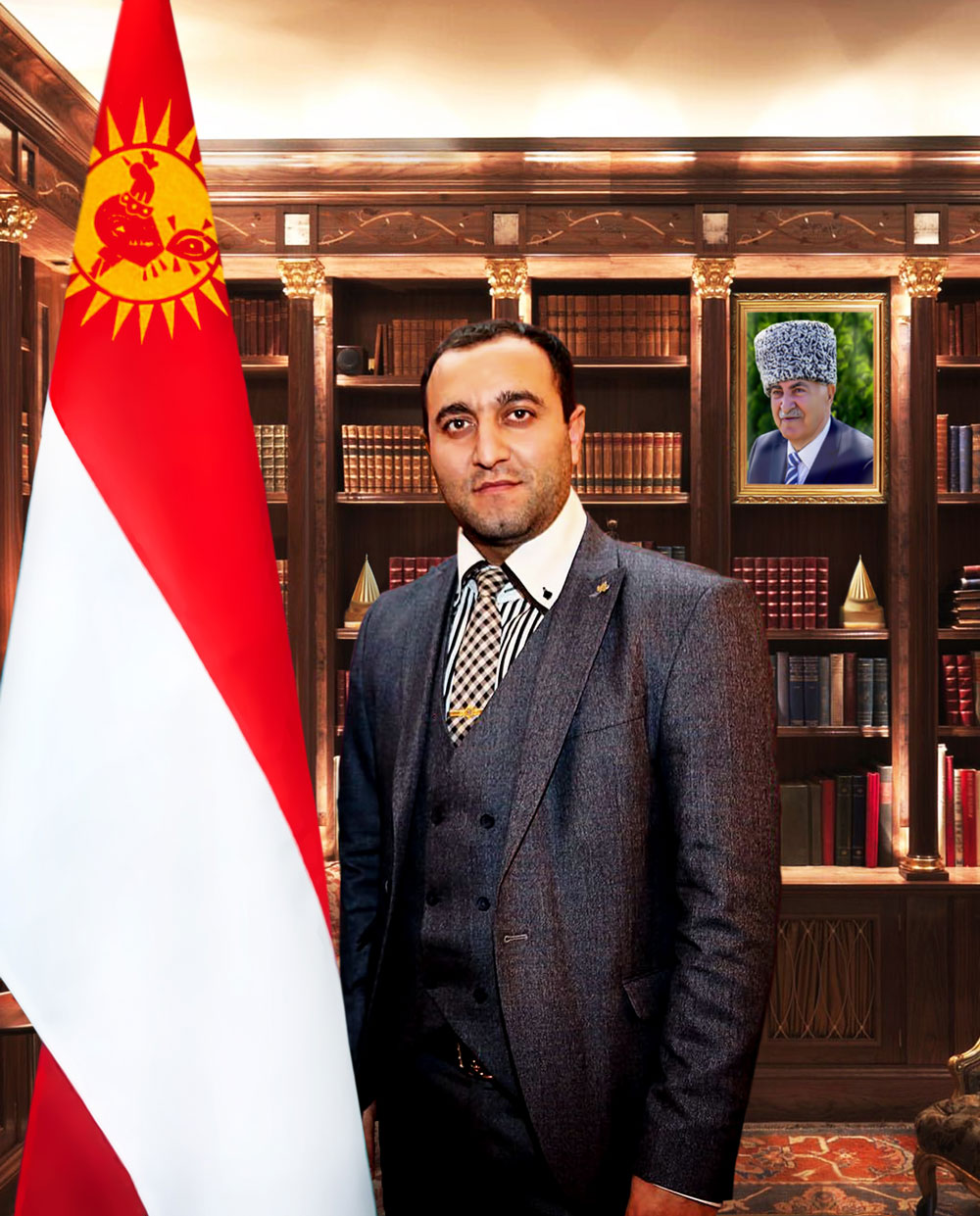 Participated in many international programs related to both legal and various social development, cooperation and intercultural dialogue. Writing poetry in his spare time. Author of a number of lyrics and music of famous Yezidi songs.

One of the founders of the Yezidi IP-TV company “Ezidxan TV”, the head of its Armenian branch.

Co-author of school textbooks for grades 5 and 11 “Yezidi language and literature” (together with Aziz Tamoyan and Hasan Tamoyan).

Since August 3, 2014, has been actively involved in the prevention of violence against the Yezidis in Iraq, for the recognition and condemnation of the Yezidi genocide. In this connection, was in a number of European countries in order to strengthen ties with a many  local Yezidi organizations and public figures, as well as with a Yezidi delegation was in India, met with the Minister of Foreign Affairs of India and a number of leaders concerned about supporting the Yezidi refugees.

Has connections with the Yezidi structures of Iraq, European countries, the Russian Federation, the USA, Canada and Georgia. It should be noted that was the grandson, student and right-hand man of the great leader with a blessed memory Aziz Tamoyan. 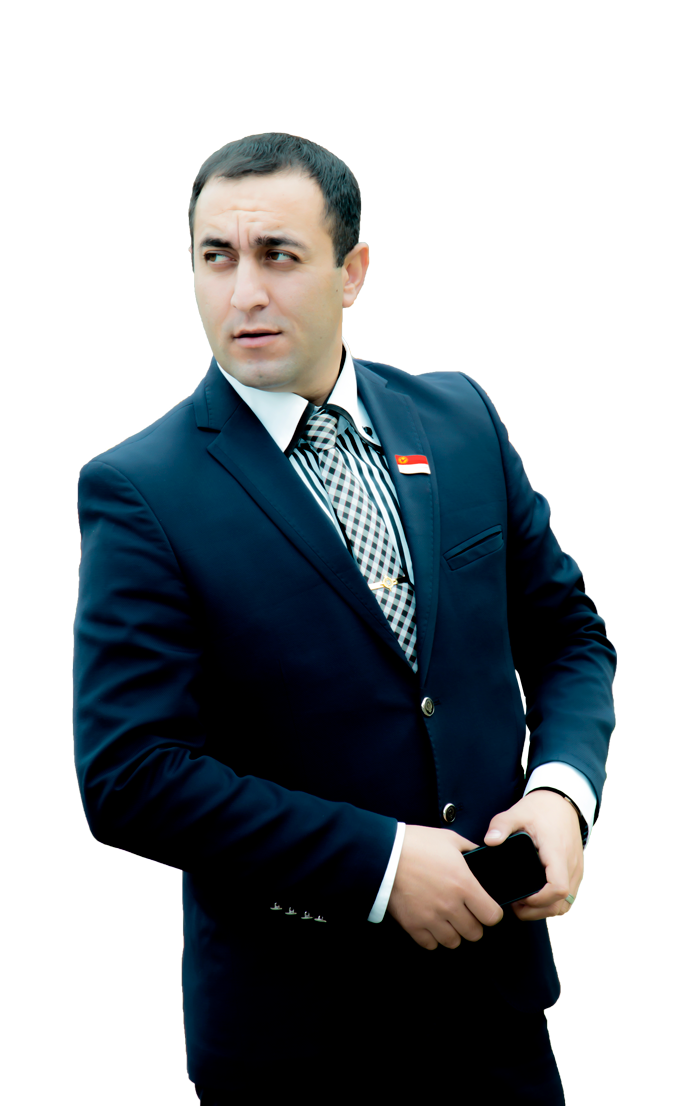 Aziz Tamoyan was 83 years old, he led the organization since 1988, almost 33 years. A man who devoted his whole life to preserving the identity of the Yezidi people, strengthening the Armenian-Yezidi friendship.

In Yerevan on February 22, 2021, in ”Moscow” cinema was held the congress of the National Union of Yezidis. Video messages from the leaders of the Yezidi international organizations who could not attend the congress were shown on the screen. Special messages were sent by the spiritual leader of the Yezidis, Emir of Shangal Mir Naif bin Dawud, the head of the Yezidi Human Rights Organization in Canada Mirza Ismail, the commander of the Yezidi military detachment from Iraq Ali Isa (Xal Ali), the deputy chairman of the Progressive Yezidi Party in Iraq Amar Kto. The screen also showed video messages from the leaders of the Yezidi structures in Germany, Sweden, France and Russia. The members of the chairmanship of the Yezidi National Union Rostam Shamoyan, Surik Hajoyan, Ayser Isayan, the spiritual leader of the Yezidis of Armenia Bro Hasanyan, Hamlet Hajoyan spoke at the conference. Also spoke the member of Armenian Parliament Arman Abovyan from ”Prosperous Armenia” Party, representative of supreme body of the Armenian Revolution Federation Artsvik Minasyan, Head of the Department of Religious and National Minorities Affairs under the Government of Republic of Armenia Vardan Ascatryan and Professor, Doctor of Philology Garnik Asatryan.

Khdr Hajoyan (Tamoyan) in his speech at the congress noted that the invaluable legacy left by his great teacher Aziz Tamoyan testifies to his eternal presence. According to the National Union of Yezidis, Khdr Hajoyan (Tamoyan) does not consider the elections to as a elections of his personality, but a guarantee of the preservation and development of the rights, religion, language, national values, culture and education of the Yezidi people, as well as the further strengthening of the age-old friendship between Yezidis and Armenians. “Be sure that all the problems facing our people are solvable, and the difficulties, of course, can be overcome only thanks to our unity, our joint efforts. The path that we have to go is not easy, but your patriotism and commitment to preserving national values strengthen me in continuing the sacred cause that we inherited from the brightly remembered Aziz Tamoyan and his supporters. So let’s unite and stand up for our rights. “Bijî Êzdîxane, bijî Ermenîstan, bijî T’ifaqa Êzdîa û Ermenîa, hole, hole, hola Silt’an Ezîdê Sore (Long live Ezdikhan, long live Armenia, long live the Armenian-Yezidi brotherhood, may the will of the Lord be done), ”said Khdr Hajoyan.

Since February 24, 2021, has been the chief executive officer of the  “Ezdikhana” Newspaper.

Married and has one son.